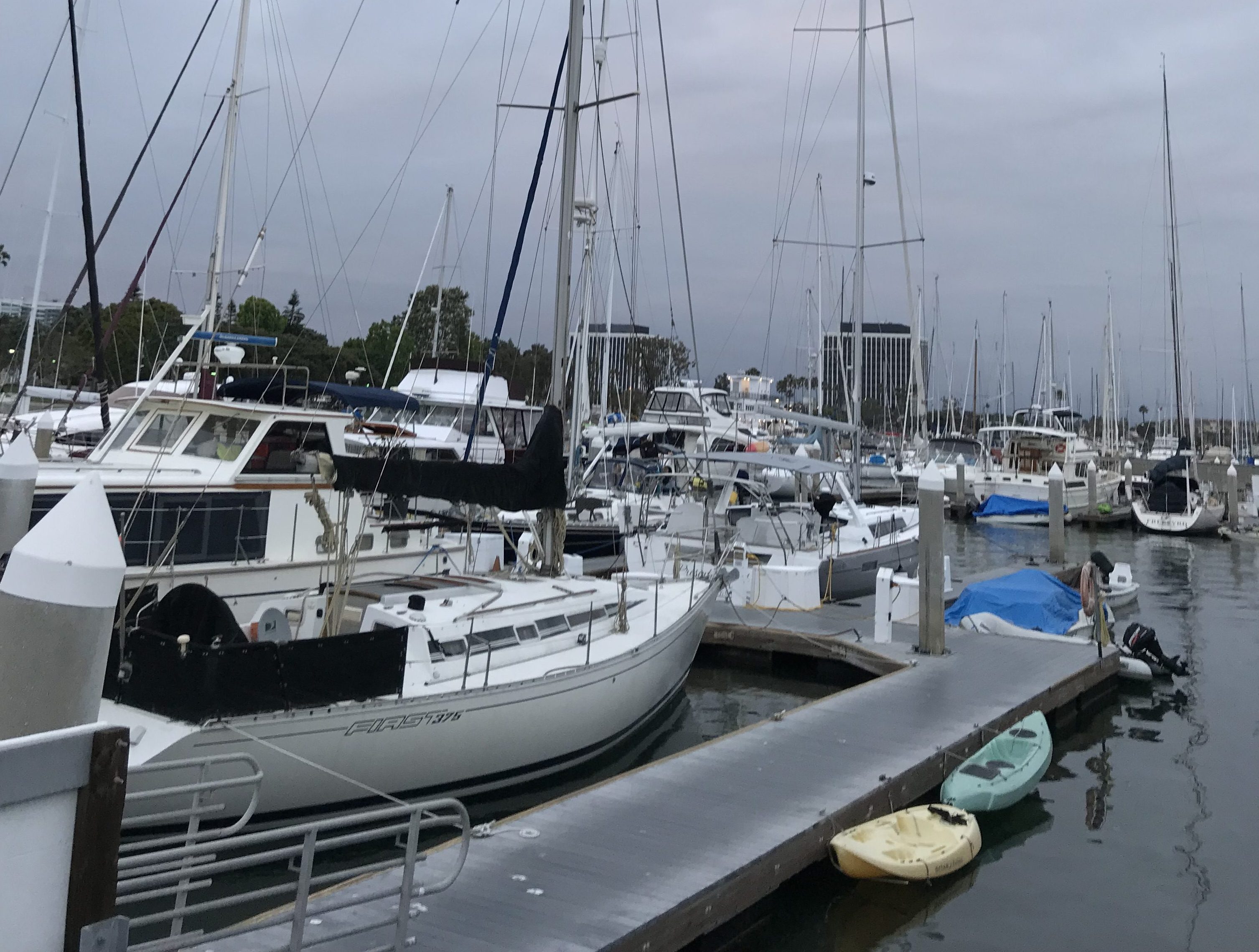 I’ve forgotten how to small talk. The realization of this hit me on Saturday night, as I sat on the deck of a sailboat smooshed together with LA friends, people I had met a couple times years ago, and people I never met and was not introduced to. While social situations in which I don’t know people have always stressed me out, I used to be quite good at them. At least I think I was. But there I was, sitting there wracking my brain for things to say to the guy next to me and coming up with nothing. No statements. No questions. Nothing.

In that moment, I realized that I don’t really hang out with people other than my family any more. I have lost the ability to do the small talking and the meeting and the socializing. And most people around me seem to do the same. Is it my age? Is it the more suburban desert life instead of a city one? Is it because I was working 4 jobs for a couple months so was just wiped out when I got home? Have I become antisocial? Like most things, it’s probably a combination of all the above.

Age is definitely a factor. I lived my late 20s-30s in Los Angeles, and in the city those are peak single years so it’s not difficult to eventually end up surrounded by other singles close to that age. And we lived life together. Our families were all in other cities, so we relied upon each other. My church was young and fostered this connection as if its life depended upon it, which I suppose it did. So, awkwardly and with a lot of effort, we created a little community of weird singles which grew as some of us dated, married, and/or had babies.

But the step after that is a hard one, as many of us moved away at that point. Even this weekend’s event was a going away party for one such couple. I stayed at another dear friend’s apartment, like always, only this time there were boxes and boxes against the walls as they too are starting to pack for their upcoming move. The city life is often a transient one. That age has passed.

Starting over again at almost 40 has been a bit more difficult socially. I’m still single. But I’m not 28. And in this suburbanish desert town, most Christians marry young, or at least younger than in LA. And the couples my age or older have teenage kids, and are incredibly busy. Everyone is so busy with activities – but not “hang out” activities. No one invites me over for dinner, or to grocery shop together, or to watch Netflix, or grab lunch after church. It’s a rather insulated city – people with houses and yards instead of tiny apartments where shared space is required for sanity.

In LA, very few of us had yards, so we’d all congregate in that one friend’s backyard for every birthday, holiday, or event. We’d squish 20 people into tiny apartments without a thought. We’d share space, air conditioning, Netflix, parking, storage, everything. Here, everyone is with their families, in their own homes, with their own garages and air conditioning and built in friends of husbands and kids. I am almost always with my family here as well, which is beautiful and special. So yes, age and the suburban lifestyle have definitely affected my ability to make new friends.

The general busy pace of life has also been isolating. Which is odd, because I’m actually working much less than I ever did in the higher pressure jobs I held before. We were incredibly busy, but somehow we figured out how to be busy together. Every Wednesday, I’d meet the girls for happy hour after work. We’d go to each other’s apartments to grade together. We walked to lunch after church together. We had Bible study in the same apartment for years, and ended up there so often it became a second home. Sometimes we even went grocery shopping together. Somehow the fact that we were all ridiculously busy never stopped us from hanging out – we just rolled each other into our day to day activities so much that it became our natural way of living.

Here, I go to work, come home and have dinner and watch TV with my mom, which has been quite lovely to be honest. But that’s pretty much every single week day. To be fair, I’ve been pretty exhausted at the end of the day lately because of the multiple jobs and also I was ill, but in my previous life that wouldn’t have stopped community. Friends would have just come over anyway. If I was sick, they’d stop by to bring me soup. If I was busy, they’d come be busy with me. If I was tired, they’d set me up on their couch in front of Gilmore Girls reruns, and put food and drink in my hand.

But here, I can be autonomous – I can let my family take care of me and not need anyone else. And since not one single person from my new church has ever invited me to go to lunch after service, or over for dinner, I haven’t bothered to reach out either. I don’t need them as much with my family right here. And I guess they don’t need me. So that makes it harder to bother.

That leaves the question, have I become antisocial? And I guess I have, at least a little bit. Starting the making friends thing all over again when I’m turning 40 in a month is unpleasant. Apparently I’m too young for the 50 year old couples in my Sunday School class to bother with me outside of Sunday morning. And I’m too old for the singles groups (thank God! I never did like singles groups). Because I know I either need to keep trying group after group after group to see if one may fit better or I just have to throw myself into the one I’m in now and do all the work of brazenly inviting myself into their lives, I’ve opted for just not having many friends here. Just sticking with my family and my one old friend.

Because of this, I haven’t gone to an actual party in ages. I haven’t showed up at a friend’s place to see a ton of faces I don’t recognize. There have been no happy hours or kick-backs or store runs or World Cup watching get togethers. And I think I’ve become happily comfortable in my anti-social life. It’s less tiring. Less work. And involves very little small talk.

5 thoughts on “A Spinster Forgets How To Small Talk”