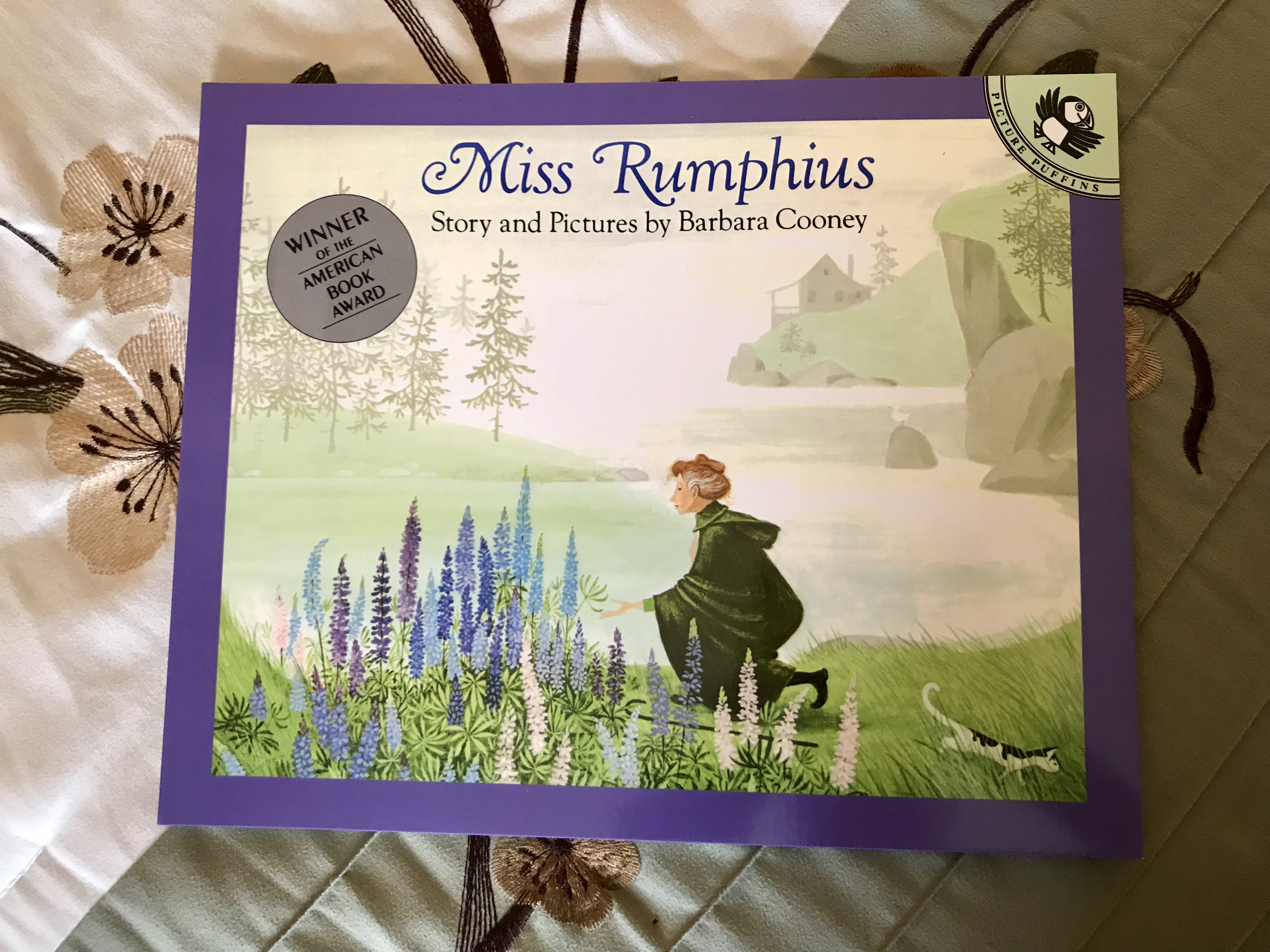 My high school math teacher passed away this Saturday night. She had been ill for quite some time, so we knew it was coming, and knew it would be a relief for her to be free of her suffering. Yet I’m still sad. She was an influential woman in my life, kind and intelligent. She was one of my mom’s close friends. Married for ages, she and her husband never had children. But even though she may never have been a mother, she certainly mothered many teenagers through the tough stages of high school in her decades as a teacher.

As a woman close to 40 who will not have my own children, I looked to her, and others like her, as an example of someone who led a valuable and meaningful life outside of motherhood.

When I got the text from my mom that she had died, a tweet from earlier this week came to my mind yet again. On 5/17/18, a young woman named Candace Owens who is a spokesperson for a pro-Trump organization tweeted: 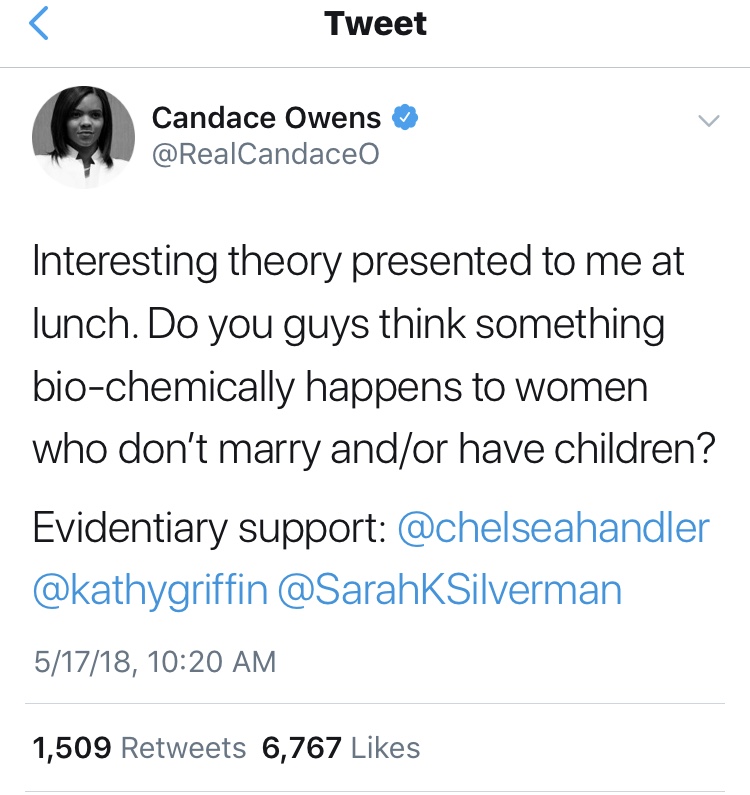 When people responded negatively to this, she doubled down, making a video in which she defended her stance including the following: it’s “just conversation,” “everyone is so triggered,” “just calm down,” perhaps “women who don’t have children turn into children themselves,” and telling how a friend at that lunch “suggested that women who never marry, don’t adopt and/or have children of their own become bitter over time.”

While I don’t usually pay attention to anything this particular personality says because she is constantly stirring up controversy and believes many things I find horrific, this tweet kept popping up in my feed and in my mind.

I’m not sure people realize how frequently women are judged for being childless into adulthood. Miss Owens isn’t the first person to say things like this, nor will she be the last. But lumping all perpetually single and childless women together, and often adding in married women without children, is just another way of dehumanizing us. Instead of seeing us as individuals with different reasons for why we live life the way we do, it’s easier to throw us all together and turn us into one giant bitter, unreasonable, pathetic, and possibly insane group. 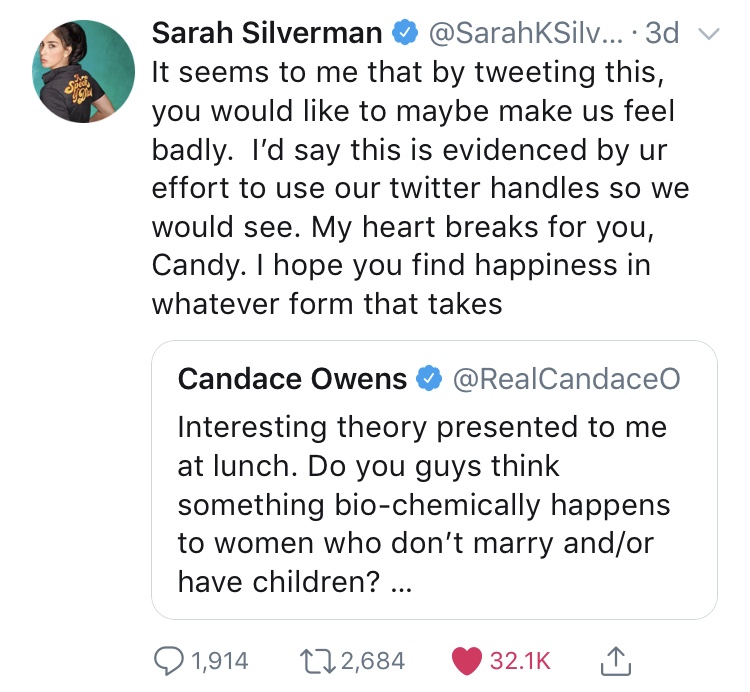 If a woman disagrees with certain political viewpoints, or even religious ones, it’s easy to say “well she doesn’t have kids, so she can’t understand this” or “she’s just a bitter old maid” or “those liberal feminists are just crazy.” As if there aren’t mothers with multiple children who don’t understand politics, or bitter wives, or married moms who seem insane.

When I think of the women in my life who were/are single throughout adulthood, or who did not/could not have children my mind is filled with beautiful faces and varied personalities. Yes, some of my single friends are bitter. But so are some of my married ones. Yes, some of my childless friends believe some things I think are a bit nuts, but so do a lot of the moms I know. To suggest that women who do not have children are somehow more prone to insanity is such a vile stereotype to perpetuate.

My math teacher never had kids. I never asked her why not, that was her business, not mine. She did have Lupus, so perhaps she was told by doctors not to have children. Or perhaps she and her husband were perfectly happy with their dogs and summer home by the beach. What I do know is that she cared about me when I was a depressed 15 year old who hated math. She let me come to her classroom after school and patiently went over homework with me, answering all of my stupid questions. She was one of the few of my mom’s friends from work who made it a point to stay friends with her after my father passed away. She and her husband came over to our house a few times for the holidays and brought us homemade quilted Christmas ornaments that still grace our tree. Politically, we didn’t think the same way as I am much more liberal than she was, but she was loving and never pushy with her ideas.

As a woman who looks ahead at a childless future, I count myself so blessed to have many incredible examples of women who are walking with me in this lifestyle. Women who are strong, kind, fierce, intelligent, and compassionate. Women who disprove the tweet above with every breath they take. I strive to be like them, to be like my teacher was.

Earlier this year, I had a couple different friends tell me I should read the children’s book “Miss Rumphius.” Author and illustrator Barbara Cooney is a favorite of mine, so I’m not sure how I missed this award winning book. It’s the first time I’ve read a children’s book with a character like this in it, a single childless woman who is depicted as adventurous and brave, kind and beautiful. I wonder what Candace Owens would make of her? I want to be like Miss Rumphius when I grow up. I am determined to be the librarian, the adventurer, and the auntie that she is. In fact, we all should be more like her. 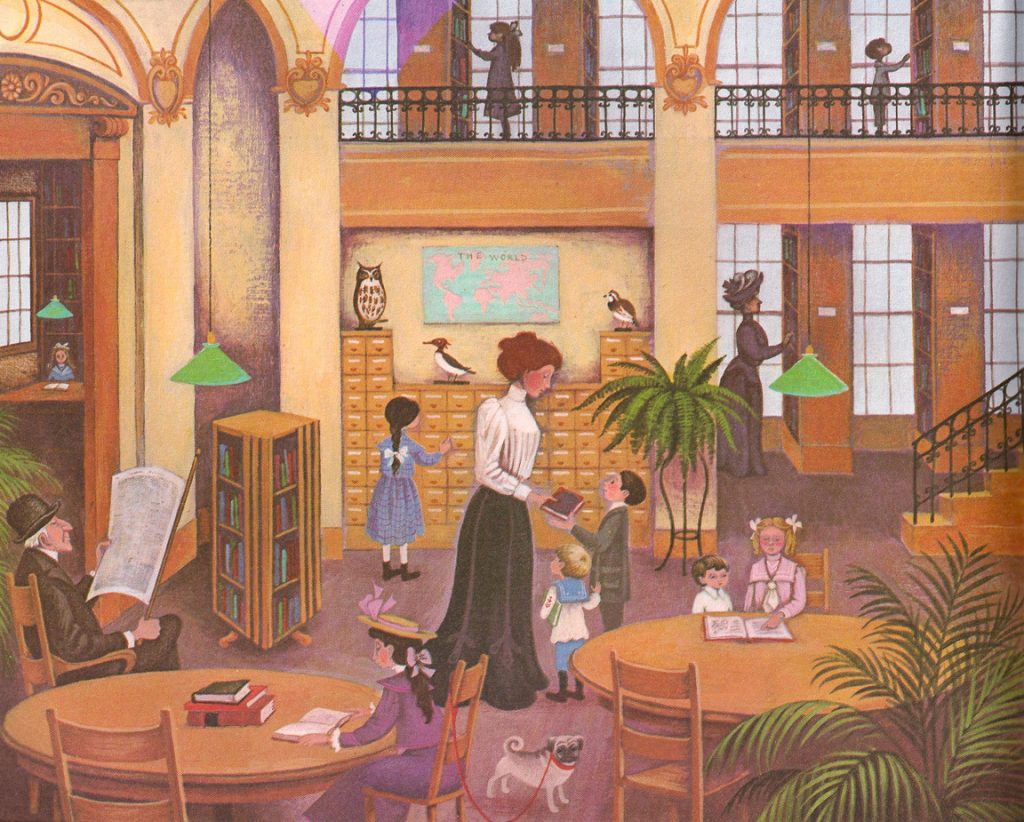 Instead of lumping all single and/or childless women together into a badly stereotyped box, let’s see each one as a unique individual with varied life circumstances. And let’s all try to be a bit more like Miss Rumphius, and like my math teacher, with the goal of doing “something to make the world more beautiful.”

6 thoughts on “The Childless Woman”