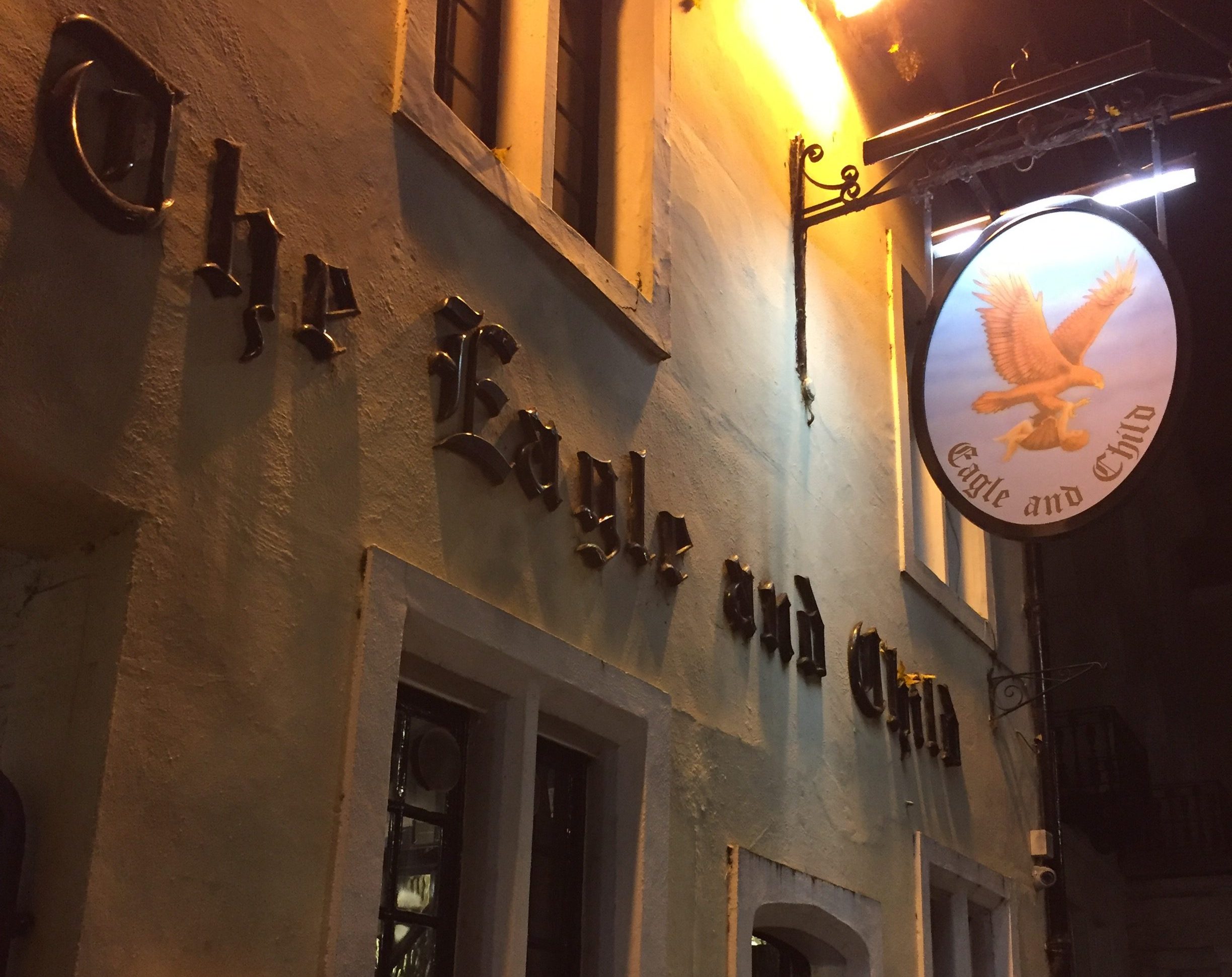 When I was a little girl, I saw good marriages and strong families as pieces of the sacred: special and consecrated to the divine in their own small, flawed ways. I assumed that, someday, I too would enter into this type of relationship; one dedicated to God, two people (probably plus some kids) mutually working for his glory. I don’t think I had a romanticized view of marriage and family, as I saw many a marriage and family fall apart around me, and witnessed time and time again how hard these relationships were. I knew they were work, knew they were messy, knew they didn’t always last. I am, after all, a rather pessimistic type. Yet still the sacred shines through in the ones that endure, my parents growing together until my father died, family members struggling through those first few tough years into beauty, friends who by God’s grace found second loves greater than their first, women and men who repent and forgive and strive to be better together. The sacred can be so apparent in marriage.

Like T.S. Eliot’s J. Alfred Prufrock, “I have heard the mermaids singing, each to each. / I do not think that they will sing to me.” Each year I understand more and more that the sacred partnership of marriage is something I will most likely witness from the outside alone. Does this mean I am, and other singles are, cut off from experiencing sacred, beautiful, deep relationships? Are the human bonds we make merely secondary, the most important one held out of our reach? Are we relegated to an inferior experience?

On the contrary, John 15:12-17 records Christ speaking to his best friends, his disciples. Here he uses sacrificial, selfless friendship as the picture of the greatest love. “This is my commandment, that you love one another as I have loved you. Greater love has no one than this, that someone lay down his life for his friends. You are my friends if you do what I command you. No longer do I call you servants, for the servant does not know what his master is doing; but I have called you friends, for all that I have heard from my Father I have made known to you. You did not choose me, but I chose you and appointed you that you should go and bear fruit and that your fruit should abide, so that whatever you ask the Father in my name, he may give it to you. These things I command you, so that you will love one another.”

Jesus did not marry and have children, nor did he emphasize that as necessary during his teaching on earth. Instead, Jesus formed deep, beautiful friendships. His relationships with Peter, James, and John, with Mary, Martha, and Lazarus, with the rest of his disciples, were powerful and God was glorified through them. They were sacred, set apart for the purpose of service to God. Indeed, the Bible is filled with holy friendships that bring glory to God; look at Moses and Aaron, David and Jonathan, Elijah and Elisha, Naomi and Ruth, Mary and Elizabeth, Paul and Timothy as well as the many other friends Paul calls on by name with great love in his letters. 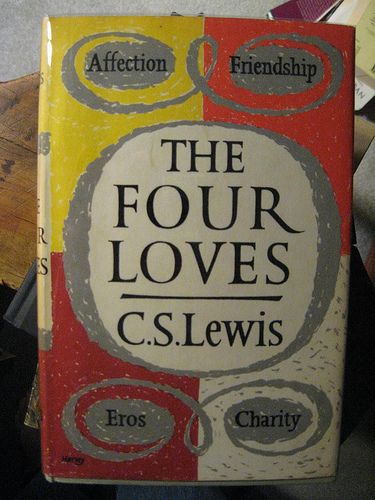 In his book, The Four Loves, C.S. Lewis defines four kinds of human love: affection, friendship, eros, and charity. The dust jacket claims Lewis depicts friendship as “the most rare, least jealous, and, in being freely chosen, perhaps the most profound” form of human love.

In his article in Christianity Today, “The Way of Friendship,” Colin Duriez looks further into C.S. Lewis’ view on friendship. He claims “Lewis took a classical and Judeo-Christian view of friendship, seeing it as “the school of virtue.” Properly lived out, friendship could open one’s eyes to previously unseen aspects of reality.” Using The Inklings as an example, Duriez reveals “Lewis’s belief in the restorative and perception-changing nature of friendship.” If this doesn’t describe a sacred, set apart, consecrated bond between people then I don’t know what does.

Here are a few things C.S. Lewis found in friendship that he did not find in any other kind of human love:

Sacred friendships are actually created by God, not us.

“But in Friendship, being free of all that, we think we have chosen our peers. In reality, a few years’ difference in the dates of our births, a few more miles between certain houses, the choice of one university instead of another, posting to different regiments, the accident of a topic being raised or not raised at a first meeting—any of these chances might have kept us apart. But, for a Christian, there are, strictly speaking, no chances. A secret Master of the Ceremonies has been at work. Christ, who said to the disciples “Ye have not chosen me, but I have chosen you,” can truly say to every group of Christian friends “You have not chosen one another but I have chosen you for one another.” The Friendship is not a reward for our discrimination and good taste in finding one another out. It is the instrument by which God reveals to each the beauties of all the others. They are no greater than the beauties of a thousand other men; by Friendship God opens our eyes to them. They are, like all beauties, derived from Him, and then, in a good Friendship, increased by Him through the Friendship itself, so that it is His instrument for creating as well as for revealing.”

Sacred friendship helps us form and hold fast to our views and standards.

“Alone among unsympathetic companions, I hold certain views and standards timidly, half ashamed to avow them and half doubtful if they can after all be right. Put me back among my Friends and in half an hour – in ten minutes – these same views and standards become once more indisputable. The opinion of this little circle, while I am in it, outweighs that of a thousand outsiders: as Friendship strengthens, it will do this even when my Friends are far away. For we all wish to be judged by our peers, by the men “after our own heart.” Only they really know our mind and only they judge it by standards we fully acknowledge. Theirs is the praise we really covet and the blame we really dread.”

Sacred friendship is not jealous, but generous, drawing others into relationship.

“But two, far from being the necessary number for Friendship, is not even the best. And the reason for this is important. . . In each of my friends there is something that only some other friend can fully bring out. By myself I am not large enough to call the whole man into activity; I want other lights than my own to show all his facets. . . Hence true Friendship is the least jealous of loves. Two friends delight to be joined by a third, and three by a fourth, if only the newcomer is qualified to become a real friend. They can then say, as the blessed souls say in Dante, ‘Here comes one who will augment our loves.’ For in this love ‘to divide is not to take away.”

Sacred friendship is built upon humility, equality, and affection.

“In a perfect Friendship this Appreciative love is, I think, often so great and so firmly based that each member of the circle feels, in his secret heart, humbled before the rest. Sometimes he wonders what he is doing there among his betters. He is lucky beyond desert to be in such company. Especially when the whole group is together; each bringing out all that is best, wisest, or funniest in all the others. Those are the golden sessions; when four or five of us after a hard day’s walk have come to our inn; when our slippers are on, our feet spread out toward the blaze and our drinks are at our elbows; when the whole world, and something beyond the world, opens itself to our minds as we talk; and no one has any claim on or any responsibility for another, but all are freemen and equals as if we had first met an hour ago, while at the same time an Affection mellowed by the years enfolds us. Life — natural life — has no better gift to give. Who could have deserved it?”

Last winter while I was in England for a few months, I had the opportunity to go to Oxford twice. Both times I made the requisite pilgrimage to the Eagle and Child pub, the main gathering place for one of my favorite groups of friends, The Inklings. My “fly on the wall” moment has always been to be able to observe these men mid-debate, 2 or 3 pints in, on a cold English night. The first time I went to the pub by myself, and actually got a tiny table in a corner of the the Rabbit Room, right next to the bench at which these writers, teachers, and theologians would have sat. For a couple hours I nestled there with my beer, shepherd’s pie, and journal, yearning for something like what they had. I knew when I got back to the States everything would be different for me. Most of my dearest friends would still be in LA, and I would be starting almost-fresh in my hometown. My greatest longing was for creative, intellectually stimulating, challenging, deep, Christian community and I knew that would be hard to find.

These days, back in the US in my hometown, instead of yearning for the partnership of marriage, or pining for the close community I had in my church in LA, I am learning to appreciate the friendships the Lord has brought into my life both in Los Angeles and here. I am working to grow these friendships, to create space and carve out time for them. For some of us, these times and spaces may come organically through mutual friends, work, church, Bible study, or other weekly activities. For the rest of us, we may need to create groups that meet monthly or quarterly so we can cultivate these friendships on a deeper level. Singles in particular need these bonds; they are not secondary or superfluous but valuable and, as Lewis claimed, “perhaps the most profound.”

May we all find sacred friendships and draw others with us; may we create time and space in our lives to find warm places to gather like The Bird and Baby, and create stimulating friendships like the Inklings.

2 thoughts on “The Sacredness of Friendship”