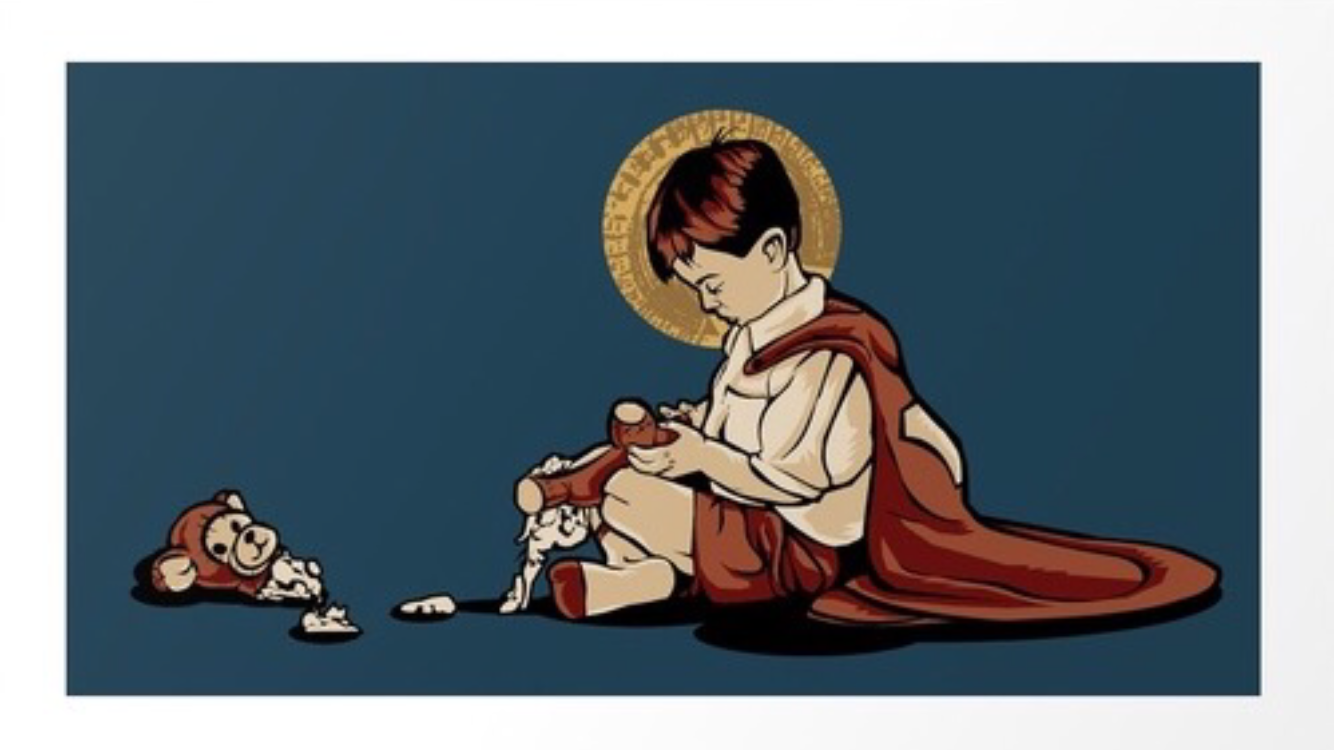 If you have been single past the age of 20 in the modern American Christian world for more than a second, you’ve probably had people tell you some, if not all, of the following things:

What many of us hear is “this is why we can’t have nice things.” Like a chastened child who has made a mess, we end up thinking the reason we’re still single is that we’re just not mature enough, not content enough, not ready enough, not grown enough, not good enough.

While reading a pretty standard blog post about singleness on Relevant Magazine’s site this week, my spidey-senses were tingling. It was . . . not quite right. It means well, I’m sure, but it could end up doing more harm than good by perpetuating certain myths regarding singleness and marriage that have been allowed to subtly yet powerfully infiltrate much of the modern American church. So, instead of my intended blog post continuing my “What Do You Believe About Singleness” series, I’ve decided to delve into the intimidating world of blog critiques because I believe it’s important to highlight some of the misleading theories threading their way through this article.

Entitled “3 Things Every Single Person Needs to Stop Doing . . . Like, now” writer Quasha Ross Ross gives three pieces of advice that would probably help most single people, well, actually, they’d help most people. Advice on not complaining about our state in life, not just using others because we feel lonely, and not comparing ourselves to others is pretty solid stuff. She tailors each for singles, but really these things are just helpful for humans in general. It’s not Ross’ main points, it’s the reasoning behind this advice, the assumptions made about singleness and marriage, that is problematic.

Let’s look at a few of Ross’ statements to discover her thoughts on singleness. As she preferences her use of Philippians 2:14 to tell us not to grumble, she states: “The harsh reality is that many of us have not found our “Boaz or Ruth” yet. To be completely honest, God may have them scheduled to appear weeks, months or maybe years from now.”

This might seem pretty innocuous, but it reveals a belief that is embedded in our culture – the belief that God has scheduled a future spouse for each of us, though we might have to wait awhile. Let’s just leave out the disturbing use of “Boaz or Ruth” as the Christian equivalent to Mr. Darcy or Elizabeth Bennet as romantic ideals and see that there is a hope based on a non-biblical premise that we just haven’t found them YET but they do, indeed, exist for each of us. 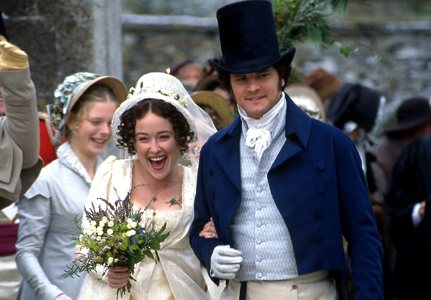 Then comes my least favorite paragraph in the article: “Instead of complaining, show God that you are content with him alone and then maybe He’ll trust you with a relationship. He wants to know that when He does bring someone into your life, you won’t bail on Him and worship the gift rather than the gift-giver.”

There are quite a few things to break down here. One is the lack of acknowledgement that there is often actual grief and loss felt by many singles, especially those of us who are out of our 20’s, for not being able to experience marriage and the family we’d like. This article makes it seem like any negative statements we might make about our single status, any heartaches we might have, are just “complaining” and are therefore sinful and wrong. Instead, we are to show God we’re content with him alone.

While our contentment should indeed come from the Lord and not our circumstances, even God himself said “It is not good that the man should be alone” after he created the first human (Genesis 2:18). So, God created another human forming the first marriage, the first family, the first community. Single or married, we are not meant to be completely content alone – we are meant to live in community, to love one another, to serve one another, and be in relationship with other humans. Also, this might give someone the idea that they need to gain contentment in God alone in order to gain a relationship, which rather defeats the contentment in the first place.

Then, once we’ve shown God we are totally cool with just him, Ross claims that maybe God will trust us with a relationship. Sigh. I don’t understand where this thought came from, but it just keeps circulating in the church even though it is oh-so-wrong. I’ve heard this repeatedly in different forms, that when I stop looking God will bring the right man into my life, or God is just waiting for the moment singles are mature enough or ready or content to bring us our person. But this isn’t how God works. We do not earn gifts from God, we do not earn our spouses. They are not rewards for faithfulness. If they are, then most of the disciples, apostles, and Jesus himself must’ve been really immature and discontent since they hadn’t leveled up to spouse status yet! Just look around at the married and single people in your life and you’ll see that the married couples didn’t have their relationships with God completely figured out before they met their match, nor are many of the singles floating around in a more immature and ungodly state. Ross goes on to presume to know what God wants in order to bring someone into our lives, again reinforcing the idea that singles just aren’t there yet, but married people must’ve been to gain this reward. Plus, looking at many counseling cases I’ve had dealing with Christian marriage, God’s been making some huge mistakes if he’s been waiting on Christians  who “won’t bail on Him and worship the gift rather than the gift-giver” before he gives them their spouses.

The next point about not using others to fill the void, again a good point, goes on to say that a cure for discontentment in singleness is to go on a cruise, climb rocks, hop beaches, attend concerts, and join a small group. All of this “instead of sitting home waiting on ‘the one.’” Now maybe it’s just because I lived a single life with many fabulous single friends in the big busy city of Los Angeles, but I have yet to meet someone who sits around at home just waiting for their future spouse to knock on their door. I understand the sentiment behind this advice, and agree that it’s great for all people to use our time enriching our lives, but the way it is stated here is very condescending and a bit unrealistic.

The third point about not comparing ourselves to those in relationships again has some wisdom. Comparison can be so harmful for us, single or married. But the line “God has called us to be set apart, even from one another” is confusing and I’m still not sure where she’s getting that. I am glad that Ross goes on to explicitly state “being single right now doesn’t mean that you’re going to be single forever or that you’re not worthy to be a wife or husband.” This, however, appears to contradict what she said earlier which seemed to teach that some of us just aren’t worthy, at least not yet. Also, an acknowledgement that some of us will indeed be single forever as part of God’s perfect plan for us, or might become single again due to divorce or death, would be nice.

The next paragraph states: “Maybe God just has some work for you to do in His kingdom and He doesn’t need you preoccupied with everything that a relationship or marriage demands. He may also want to refine you in some areas.” I would argue that God has work for all of us to do, married or single, and is refining each and every one of us using various aspects of our lives, so this isn’t specific to singles.

Ross ends with this final thought: “Singleness does not define who we are, but gives us time to understand and embrace who God has called us to be. Once we have this understanding, we may be ready to invite someone else in.”

My take-away from this conclusion is that I just need to understand and embrace who God has called me to be (what does that even mean, anyway, to embrace it???) and then God will reward me with the Mr. Darcy of my dreams. The flip side of that means that, since I’m still single all these years later, I must really suck at my relationship with God and have no understanding of who he’s called me to be. It means that all singletons just aren’t as godly and mature as married folks. Also, what does it meant that “we may be ready to invite someone else in”? Perhaps I’ve watched too many vampires movies, but this does not seem like the best wording. It also makes it seem like those of us who are single just aren’t open to our future spouses yet, and just need time to grow and then we’ll let them in. Not a biblical idea, nor one that is proven in the lives of many singles.

So, while I think Ms. Ross makes some good points and has some helpful advice in this article, I’m concerned that they will be wrapped up in false assumptions not backed up by God’s Word. Christians need to stop perpetuating the myth that God gifts relationships to those who are somehow more mature or ready for them, and withholds them from those who are immature or less godly. We need to realize that there is no promise in the Bible of future spouses for all Christians, and that singleness can be a whole, full, rewarding, godly lifestyle in itself. Though many Christians might not explicitly support these misleading theories, they are woven into the fabric of the church and into this article. It’s time to start carefully plucking those threads out.

Featured image “Some Things Can’t Be Saved” by Joshua Kemble, used with permission. Check out his other awesome art on his website or his Society 6 page.