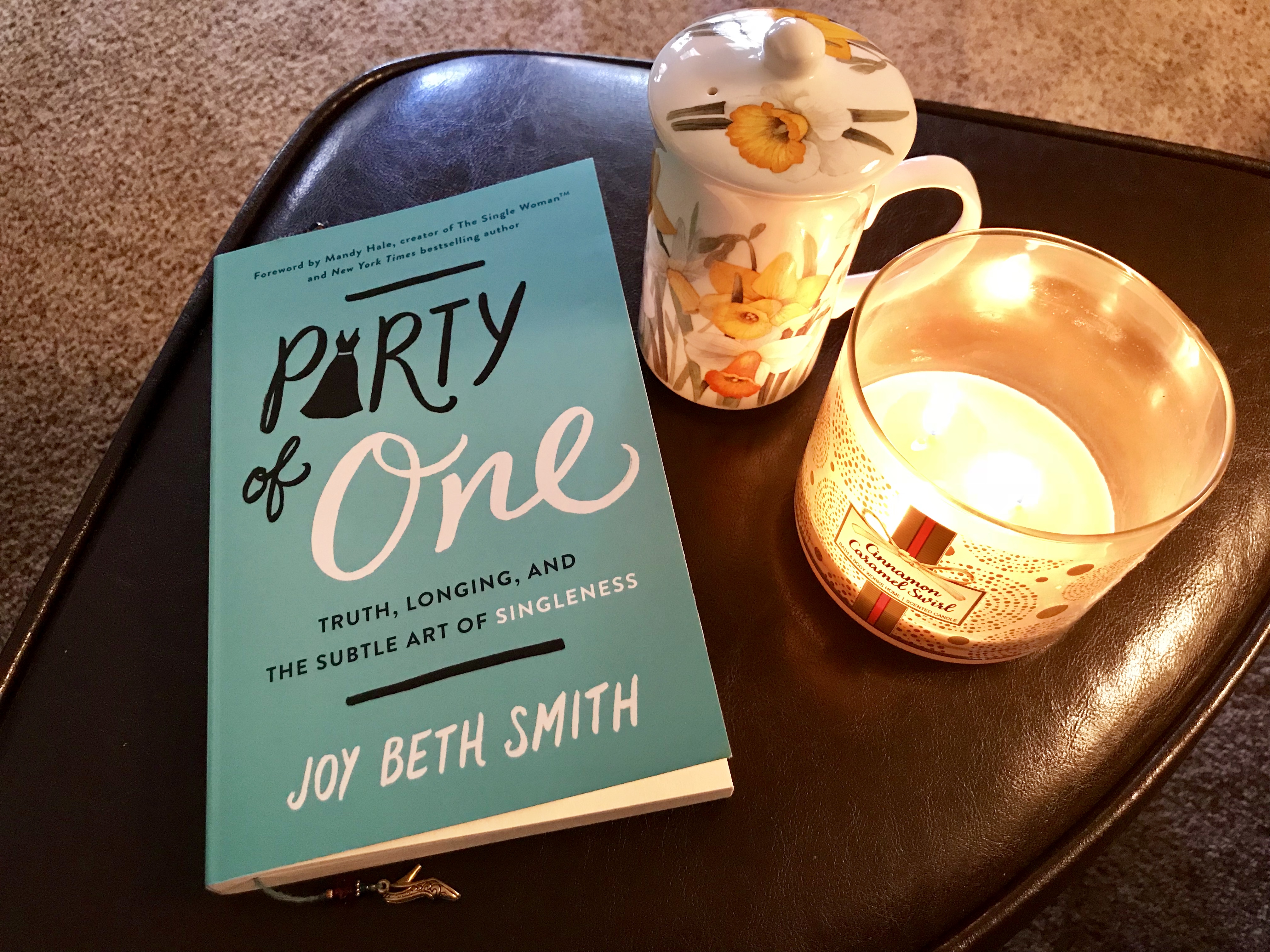 While I am a fan of female writers and do what I can to encourage and support the women who write in my life, I have a guilty secret. When it comes to books written by Christian women for Christian women, my first instinct is to flee. Like King Arthur’s men running away from the Killer Rabbit of Caerbannog, I cannot bear to stick it out for long. My Amazon queue is filled with books for women just like me, highly recommended by friends, yet they never quite make it to the shopping cart alongside the graphic novels and decaf PG Tips shipped from England.

As a child, I was that little girl who wore pink day in and day out. And then, the day after I graduated from junior high in Pepto-Bismol pink taffeta and tulle, I was done. After several years of wearing all black, it took a conscious effort to reintroduce color into my wardrobe, and only in the past decade have I allowed hints of pink back in. Like most women, I am both a girly girl and a tough broad. I paint my nails, love soaking in a bath by candlelight, and can host the girliest high tea ever, but I also tromp about in Dr. Martens, squash my own bugs, own my own toolkit, and drink scotch neat. This is normal for women – we contain multitudes.

Yet many books targeted to our spiritual growth seem to ignore this fact. From generic “feminine” covers, poorly kerned curly fonts, and chapter after chapter narrowing biblical womanhood down to the big two of “wife” and “mother,” I have developed an uncontrollable cringe at the sight or sound of books for Christian women. 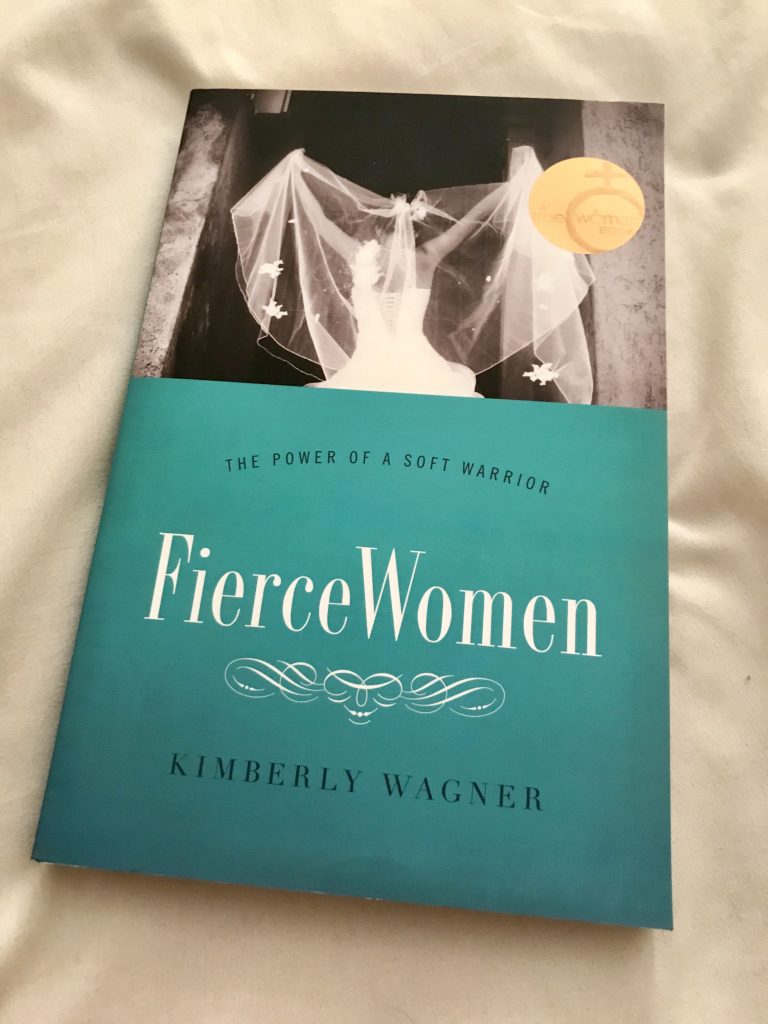 I still have a bit of PTSD from the last time I got excited for one such text. My church (which was fabulous, and never underestimated women) was going to have a women’s tea, and the speaker had written a book entitled “Fierce Women.” For once, I actually wanted to go to a women’s event! Fierce Women!!! Wow. I had images of Wonder Womanesque Amazons dancing in my head as I quickly ordered the book online. After the 2 day shipping, it finally arrived and I tore into the bubbly envelope only to find they had actually put a picture of a bride, in full gown and veil, on the cover. I was floored. And, while I’m sure it’s an incredible book (I think it probably really is, based on what my married friends have told me!), I only got through the first chapter which confirmed that, yes, like almost every other book for Christian women, it highlighted a woman’s fierceness in wife/mother roles in almost every section, with just a touch here and there to placate the singles. Not gonna lie, I canceled my ticket to the tea and shoved the book into my shelves, never to look at it again.

Books that target Christian single women are almost worse than the ones that have 10 chapters for the married mothers and 1 tacked on to gloss over singleness in shallow fashion. Now, to be fair once again, my automatic flinch mechanism has kept me from reading many published books for single Christian women, so I’m going to work on that and try again. I’ve heard there are some brilliant ones out there now. But if I read one more book that looks at Christian singleness as a place to develop skills to become a fantastic wife and mother, looks at sex as merely something we don’t do until we do (when we’re married, of course), looks at courtship as the answer to all our dating woes, promises a husband when I just change this one thing, or sees singleness as a temporary life stage on the way to the inevitable godly goal of husband and kids, I might just have to start chucking books out the window. Or, better yet, at every singles pastor (all married, every single one of them) who espouses these same views and sees the main goal of their ministry as trying to marry off everyone in their group.

However, over the past year as I’ve been blogging and discussing singleness and womanhood in the church, I’ve stumbled across quite a few Christian women who write, who also happen to be single, and who are awesome. Twitter, which I still suck at, has been eye-opening for me in that there’s this lovely little community of other ladies who love God, write blogs, articles, and books, and also happen to be single. One such woman, Joy Beth Smith, celebrated her book release this week, and once again I found myself excitedly waiting for it to arrive on my doorstep. This time there was no throwing of the paperback across the room or angry texting to my sister for moral support. This time, there was the opening of the Notes app on my phone so I could converse with the book as I read it. This time, there was hope.

Joy Beth Smith is a managing editor with Christianity Today who also happens to have her MA in English Lit, which might be one of the reasons I clicked with her so quickly when I read her tweets (@JBsTwoCents). I’m an English Lit major myself. She’s also 10 years younger than me, which is a bit annoying because she’s not supposed to be able to write a book like this one this well yet. Sigh. One day I might catch up! Anyway, I couldn’t put it down. I read through it in 2 nights, with my mum checking in every hour or two to see if I was still enjoying it. She was pretty surprised to see me reading this bright teal fauxligraphy fonted cover with (gasp) a little black dress as the A in “Party of One.” Yet, there I was, happily devouring it.

“Party of One: Truth, Longing, and the Subtle Art of Singleness” is broken into 3 parts dealing with unfulfilled promises, sex and other stumbling blocks, and hopeless dating with hopes for marriage. Though I did take notes as I went through it, I’ve decided not to blog through those because I think you should all order the book and read it for yourselves. The main thing I appreciated about this book is how Smith validates singleness as valuable and godly rather than merely something to be overcome. She reminds us that joy and maturity are accessible to all Christians, not just through marriage and parenting. And she does so with humor, intelligence, a biblical perspective, and genuine knowledge of and care for Christian singles.

She also tackles the oft-taboo topics of sexuality, masturbation, and pornography. I appreciate how she doesn’t sugar-coat or avoid discussing these subjects, things that are often vaguely alluded to or glossed over in much Christian writing for single women. We are adults, we can take it. We need to hear it. We need to discuss it. Maybe it’s because of my background in social work and counseling, but very little shocks me so I find this kind of frank discussion empowering and helpful rather than embarrassing. You might not agree with everything she says, and that’s okay. The best reading will provoke thought and add to the ongoing discussion, and this one does just that.

Using a blend of intelligent questions about the topics, practical applications, real life examples brought up in round tables she had all over the country with other single Christian women, and personal experience, Smith is engaging and thought-provoking. One of my favorite parts is when she presents multiple views on a topic and calls on us to think about it, continue the conversation she’s started, and come to our own conclusions. After sermons, articles, and books written by once-single-now-married people which can come across as unrelatable, heavy handed, or even condescending, Smith’s voice is refreshingly real. This book is more the beginning of a conversation the church should have been having with its singles for decades, but hasn’t gotten the hang of yet. It’s the beginning of the conversation we single Christian women can continue among ourselves and with those who love and support us. There is more to be said on the art of singleness, and this book allows for discussion, disagreement, questions, and further conversation. And, even though the book is mainly aimed at single Christian women, I believe it would be an excellent beginning to a conversation for single men and married couples as well. Let’s not shy away from this, but embrace it, and let voices like Joy Beth Smith’s lead the way.

Who have you been reading lately? Anyone I should put in my Amazon shopping cart, and skip the queue entirely? I promise I’ll try to be more open minded. But if there’s a bride on the cover, I might not be able to contain myself…

2 thoughts on “A Galentine’s Reading Recommendation”