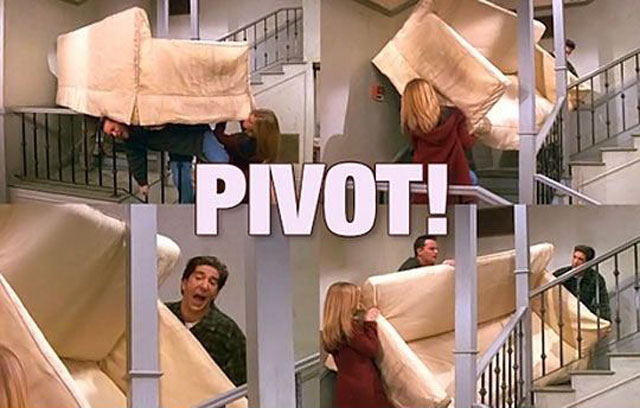 Some think it takes a village to raise a child, but I think it takes a village to raise a contented, cared for single. This week, Holly Stallcup, one of the many fabulous single Christian women I follow in the Twittersphere, posted a thread about being offered a free couch, but not having anyone to help her actually get said couch. See, as a single woman she didn’t have a truck, the ability to carry it on her own, or the garage/spare room in which to store it until she could get it. Going a bit viral, woman after woman responded with their own stories about tears shed over some of the little things in life that are just a bit more difficult without having an assigned partner and the resulting combined circle of friends to help with these tasks.

While many women and men can just turn and ask their spouse for rides to the airport, doctor’s appointments, or the mechanic, singles often have to text several people before they find a friend who is both willing and able. Or urban singles will just Uber to the ER to save their friends the trouble, which is often not advisable. Some of us are lucky enough to live within a couple hours of family who might be able to step in from time to time for bigger things like helping us move, but many singles are far away from any relative. One woman brought up how nice it would be to have someone scrape her window during those icy mornings, or shovel her driveway. I know my mother dreamed of someone helping her take the trashcans out, or carry the groceries in.

We know having a spouse doesn’t guarantee such small acts of service as some are away on business, unable to assist, or don’t feel like it; however, having a partner in life often does mean there are now two people instead of one to tackle the little things together.

Another woman mentioned how the purity culture in the church can often lead to the discouragement of male/female friendships unless one is headed toward marriage. This can lead single women to have a dearth of men in their lives. If a woman marries, she adopts not only her husband’s family into hers, but his circle of friends as well, giving a whole new network of people to call on when she needs help. After all, it is more likely to be one of his guy friends who can offer the pickup truck to get the couch than her female friends (though I have known some kick-ass truck-owning women in my lifetime). So, by trying so hard to not tempt anyone we’re not interested in, or be tempted, we may end up without the benefit of guy friends. I have three brothers and some of my best friendships are male/female ones, so I challenge every single man and woman to learn how to just be friends with some awesome members of the opposite sex. Your life will be better for it.

Another idea that came up was how much we feel like a burden to our friends because we have to keep asking for help. After all, life is full of moments where being entirely independent just isn’t possible, no matter how much many of us would like it to be. My married friends don’t seem to mind asking their spouses for rides when their cars are in the shop, even though they just picked them up from the airport last month, and took them to an outpatient procedure the month before that. But when we ask our friends, we can feel ashamed and guilty for being such a burden on them. We know we are an inconvenience, and we feel terrible about it.

Over the years I’ve built some amazing friendships, and have had friends who have helped me move time and time again without any (well, mostly) complaints. Yet with this incredible group of friends and family who show up when I need them, I still feel horrible having to ask. It’s humbling, which isn’t bad, and it makes us realize that we are still dependent, no matter how long we’ve been living on our own, paying our own bills, and taking care of our own business.

I’ve been that person laying on the floor at 3 am weeping in pain but trying to do so quietly so as not to wake up my roommate only to then have to crawl to her room, wake her up, and ask her to take me to the ER. She did so happily, as I knew she would because she is the most lovely human being, but for some reason I still felt bad about waking her.

I’ve cried tears of frustration when I realize I’m going to have to ask the same group of people to help me carry my furniture down and up stairs yet again. Statistically, singles tend to move a lot more than married couples and families, so, yes, you’re going to have to carry our furniture a lot. We’re sorry about that. Blame the landlords in LA for raising the rents endlessly, roommates for getting married, and life. I know I, by myself, own more books than most families do put together and that those are the heaviest boxes in the universe, but that’s what you get for becoming friends with an English major. Besides, I always provide lunch and drinks and music and good company.

My friends in LA developed a network of airport/hospital/mechanic/any other thing rides when we were all single, people we could rely upon to get us where we needed to go without fear of rejection or complaint. And, in exchange, we did our best to never book flights around rush hour because no one’s love is that deep. But now those friends are mostly married, some have kids, and schedules got a lot more complicated. And yet, the last time I moved, my big move out of my beloved city, they were there, helping me pick up and load the ridiculously over-sized truck, to give me hugs, to cry a little with me, to say goodbye.

In my new city, I have yet to form a circle of friends like this. To be honest, I’m not sure it’s possible. I’m almost 40 now. I don’t have years of singleness together before they got married to establish these kinds of dependent relationships. I do have my family, stuck with me forever, so that’s nice. But I ache a bit for the men and women who taught me that it was okay to reach out, even at 3 am, if I needed them.

This is also incredibly difficult for men and women experiencing a second singleness. Widows and widowers and those who have experienced divorce now have to reach out for help outside of their own homes. It can feel humiliating after years of independence, can be awkward at best and scary at worst. But we need to humble ourselves and reach out, allow others to serve us.

Christians, the church is meant to be a place for these kinds of relationships. We’re meant to love on another with the self-sacrificial love of Christ for his church (John 13:34). Christ died for us, that’s how much he loved us, so we can at least pick someone up from the repair shop or help carry a couch.

In this way, singles are a bit more high maintenance than married couples. We have to ask you for help, not our spouses. We rely on the body of Christ for even the little things. Please don’t forget us, or see us as burdens. Every long-suffering sigh, every grimace, every rolled eye when help is requested is registered in our hearts, stored away for the next time we have to request assistance. Believe me, we know we can be work, we don’t need anyone to remind us of that. What we do need are men and women, couples, families to adopt us into their lives like family. To tell us we can call them for anything, and mean it. To assure us that we are beloved brothers and sisters and not burdens. To help.

In return, we singles tend to love our friends like family, with an unending loyalty. Adopt us, and we might just pay you back with babysitting and silly gif texts, with gratefulness, and maybe even tears of joy. You cannot know how much it means to have people we can rely on for life.