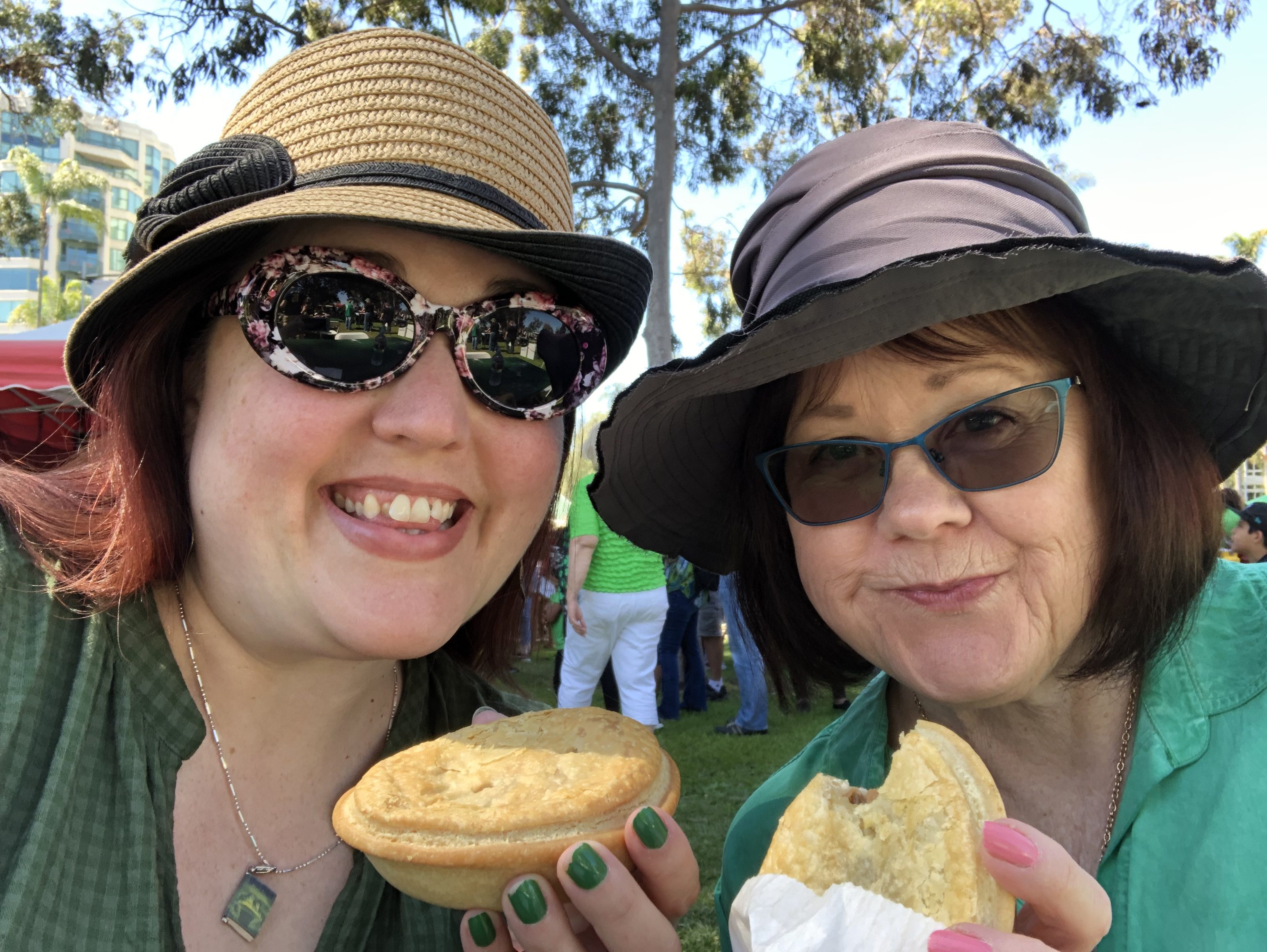 I know I’ve been away from my blog for a few weeks, which makes me feel bad. Then I start to think of how lazy I am, how undisciplined, until I realize that I’ve just been rather busy lately, that’s all. Busy working, ministering, and doing fun things with family, which is pretty awesome. Mum and I went to Disneyland a few weekends ago, then took a serendipitous trip to San Diego for a weekend which included staying in an ever-so-slightly-sketchy Airbnb and a St. Patrick’s Day Irish Festival. And then there was WonderCon with my sister and bro-in-law last weekend. So of course I then think I should be blogging on weeknights instead of watching Britbox shows, until I remind myself that I have prayer group and GriefShare and babysitting and family dinners almost every weeknight. Perhaps I’m less lazy than I think I am, but rather am just having too much fun living my life?

Reflecting on this made me think of all the other single Christian men and women I know who are out living their lives to the fullest; they’re busy working, ministering, loving friends and family, traveling, and enjoying the life God’s given them. This isn’t exactly the picture we often get of Christian singles, and sometimes it even takes me awhile to wrap my head around the fact that my life didn’t go remotely the way I’d hoped it would, and yet I am happy, I am satisfied.

I think back to many of the conference sessions I’ve heard preached to singles with the main message of “don’t waste this valuable time of your life waiting around!” Like singleness is this temporary state we treat like a waiting room for the rest of life. I believe I’ve even spoken and written on similar things. And I have actually known some single men and women who were so focused on the need to get married, that they put off careers, education, and ministry opportunities only to spend much of their time miserably waiting for a spouse who may not even exist.

But today, when I realized just how busy I’ve been out and about doing things, I thought about all the other single men and women I know who are my age or older and realized they’re all out living life too! I actually couldn’t think of one single Christian friend who is “wasting their singleness” at this point in our lives. To be honest, once you’ve been single long enough, you either have to settle and marry someone you probably shouldn’t, throw Christian celibacy out the window and embrace relationships that don’t necessarily glorify God, or just get on with your life as a single person. After awhile, you just can’t sit around being sad about being single anymore. You have to work. You have to have somewhere to live. You need other people in your life to survive so you’ve had to find some community. You just get on with things.

This idea that the main thing we need to tell singles is not to waste this valuable time, I’ve realized, is rather condescending. Most singles I know are busy doing incredible things for humanity: they’re nurses or administrators in war torn and famine ridden countries with organizations like Doctors without Borders, they’re teachers and librarians raising the next generation of kids, they’re caring for elderly parents, they’re completing grad school, they’re helping deaf people hear again, they’re buying homes, they’re planting churches, they’re baking delicious food, they’re taking other widows to their doctors’ appointments, they’re adopting pets, they’re dedicated flatmates and friends, they’re raising their children on their own, they’re leading support groups and prayer meetings, they’re founding ministries and organizations, they’re interviewing for dream jobs over and over again, they’re influencing nephews and nieces and godchildren, they’re texting encouraging things to friends who are struggling with marriage or parenthood, they’re doing IT support and training for missionaries or they are the missionaries themselves, they’re counseling younger Christians, they’re writing books and leading conferences, they’re busy doing what the Lord would have them to do. Seriously, I know single people doing each of the things listed here – these are real examples.

When most of the people speaking to singles are married men and women, their main reference for what singleness is like comes from their late teens-early 20’s, the few adult years of their own lives before they were married. They assume they know what singleness is actually like because they were once single for like a minute. Their frame of reference for singles is often stuck in a time of life when we are all figuring out who we are and what we’re doing, when we’re all a bit more transient, and bit more unsettled and confused.

And yes, during that time in my life, my hopes for marriage were strong, the dream of a spouse and kids and all that were still alive. This did, at times, lead to feelings of discontentment and fear, especially as my 20’s turned into my 30’s. And yes, I did have some friends who seemed to let this overwhelm them, this desire for marriage became their main goal. And, for a few of them, I saw this paralyze them or lead them away from God. But, looking back, most of us just got on with it. We got on with life, work, and ministry. Because we had to. I mean, who really has the luxury to “waste” that time of their life? What other option did we have?

And now that my 30’s have turned into my 40’s, I’m less discontent, less fearful, and less concerned about the possibility of marriage than ever before. I can look back and see that not one year of my life has been “wasted,” and neither have most of my single friend’s years. We are, most of us, much more settled in who we are and what God would have us do. Ephesians 2:10 says “for we are his workmanship, created in Christ Jesus for good works, which God prepared beforehand, that we should walk in them.” If our main goal is to glorify God, to do his will, then our lives will never be “wasted” because he’s got plans for us. He’s got good works all ready for us to do. Single. Married. Parents. Childless. Energetic. Exhausted. Healthy. Disabled. It doesn’t matter. God still has good works prepared beforehand for each of us which we will be capable of doing, by his grace.

Instead of underestimating singles, instead of assuming most singles need to be reminded not to waste this time, as if it’s some temporary reprieve from responsibility, full of free time and endless opportunity, we all need to remember that singles grow up just like everyone else does. 30 year old singles will be different from 20 year old ones, and now at 40, I’m even more different – I hope I’m more mature, a bit more wise, and a bit more free in Christ. And my mother, in her second-singleness as a widow, has also grown as a single person now that she’s in her second decade of singleness after my dad’s death.

Instead of treating all singles like we’re college students sleeping in all day during summer vacation, shirking any ministry opportunities, dating around irresponsibly with a fear of commitment, putting our lives on hold until our “perfect mate” shows up out of the blue, let’s see singles as full and complete humans who will mature, like everyone else, as we age and experience life. Let’s see singles as individuals who are different and complex. Let’s stop the condescending view of singles as struggling with waiting for life to happen and realize, while lots of Christians were busy thinking that, most of us have been out there living our lives to the fullest, to the glory of God, for years, maybe even decades.