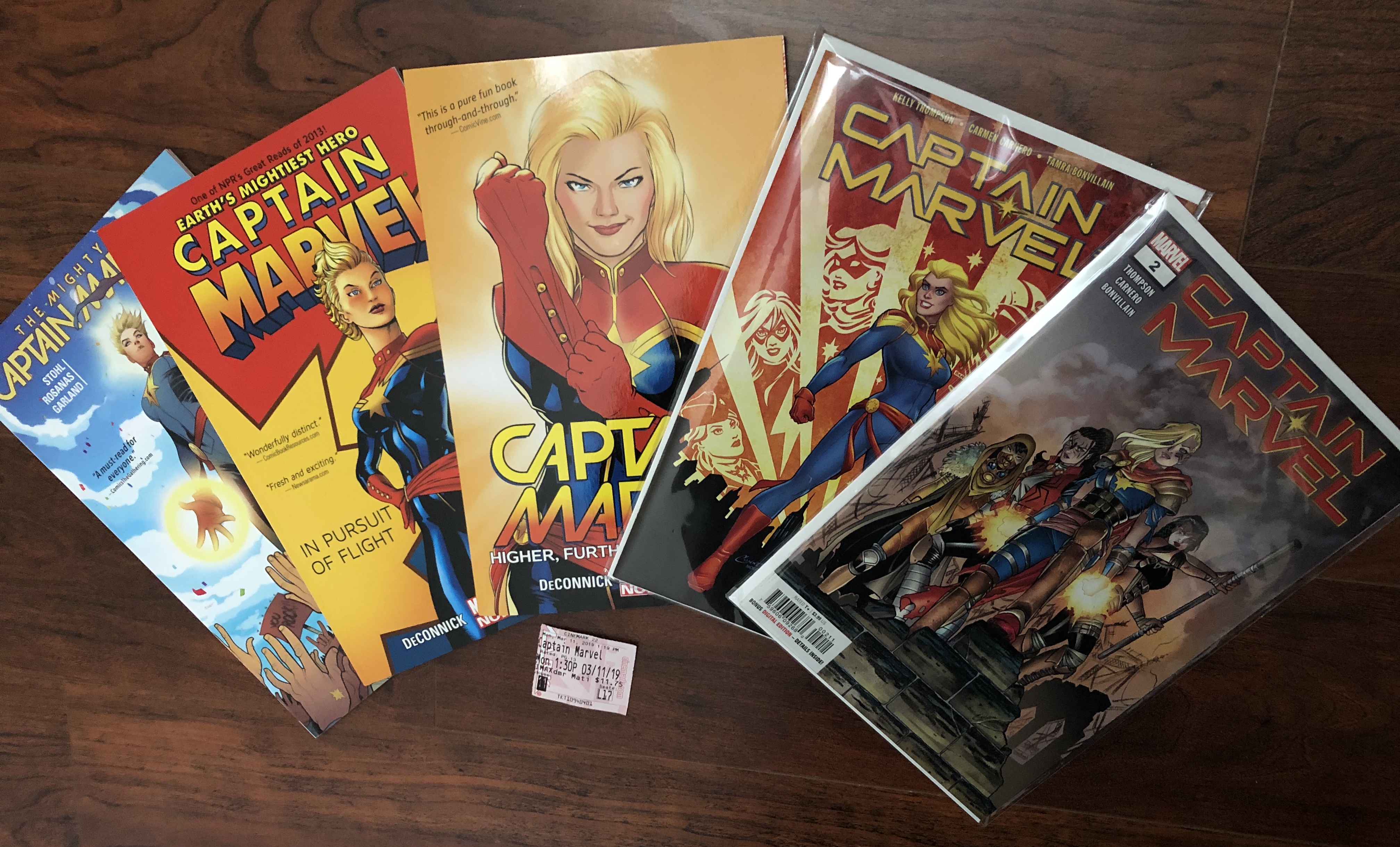 *This post contains very minor spoilers for Captain Marvel, like barely at all, but just a head’s up if you haven’t had the chance to see it yet.

As I stood in line to get my picture taken with the Dora Milaje at Disney’s California Adventure this weekend, my mum and I both got a little choked up. These women, two “cast members” hired to pose for photos with Disney guests, took their time with some of those in line – the ones who needed it. A group of women celebrating a bachelorette weekend walked by, and one of the actresses gruffly called out the bride’s name and stalked after them to give them a hard time. She returned, unapologetic for the extended wait for our short line, explaining tersely “We know them. They were here earlier. We never forget a name.” Next up was an overweight, middle-aged, black man wearing a “Straight Outta Wakanda” shirt. He was clearly excited to get his photo with them, but was shy and a little intimidated by them. Heck, we were all intimidated by them. They were incredibly respectful to him, treating him like a Wakandan warrior, showing him how to pose so his shirt would still show in the picture. He left, head held high.

Ahead of us was a little girl. For her, they knelt down to be at her level. They took the time to talk with her. From the snippets we could hear, they were telling her that she was a warrior, strong and brave. She looked nervous and very serious, taking in every word. They told her to repeat after them, “I am strong. I am brave.” We couldn’t hear the rest. She repeated so quietly, and the moment wasn’t for the crowd anyway, it was just for her. For this little girl. This one little girl who stood up tall and strong afterward for the photo, flanked by these beautiful black women who had poured into her, built her up. Mum and I were both teary-eyed by the end of her time. My moment with them was brief and professional. I did not want to take up too long, just posed and thanked them for the time they spend with that little girl. They nodded, then moved on to the next, never breaking character.

It would have been such a simple thing to pose, and move on, but Disney and these actresses took their role as role models seriously and turned a tourist photo-op into small, powerful moments of influence.

Today, mum and I finally got a chance to sneak away and see Captain Marvel. Like Wonder Woman and Black Panther before it, there were moments that gave me goosebumps and a time or two where I held back a couple tears. One such moment was Maria Rambeau telling Carol Danvers she was already amazing, even before she got her powers, the two powerful women serving as examples for the young Monica Rambeau, poised to become a superhero herself one day. There’s a moment like this between Jessica Drew and Carol Danvers in the latest iteration of the Captain Marvel comic book, one of encouragement and empowerment between best friends.

I hope I can find small moments in my days and weeks to help the people in my life feel stronger, braver, better. As Christians, we are told to “encourage one another and build one another up” (1 Thessalonians 5:11). And as a woman, I see how impactful even a minute or two can be in the life of someone who might not hear these words very often.

It may seem silly, to be inspired by fictional superheroes, but I’m an English major librarian who lives in the realm of books and stories, so what did you expect? I know the little incel boys have the opposite reaction to these moments, but perhaps that’s what makes them all the more powerful. I am a woman, not a man, and my students are children – vulnerable, often voiceless, representing many races and backgrounds. I may not have super powers, but I do have the gift of moments with them. May I use them wisely. Because, as we all know, with great power comes great responsibility. May I pass on the inspiration that was given to me to be who God made us to be.

2 thoughts on “A Little Girl Power Goes a Long Way”